What’s up with this Gray Lady ‘mind meld’ with readers worried about Biden’s faith? — GetReligion 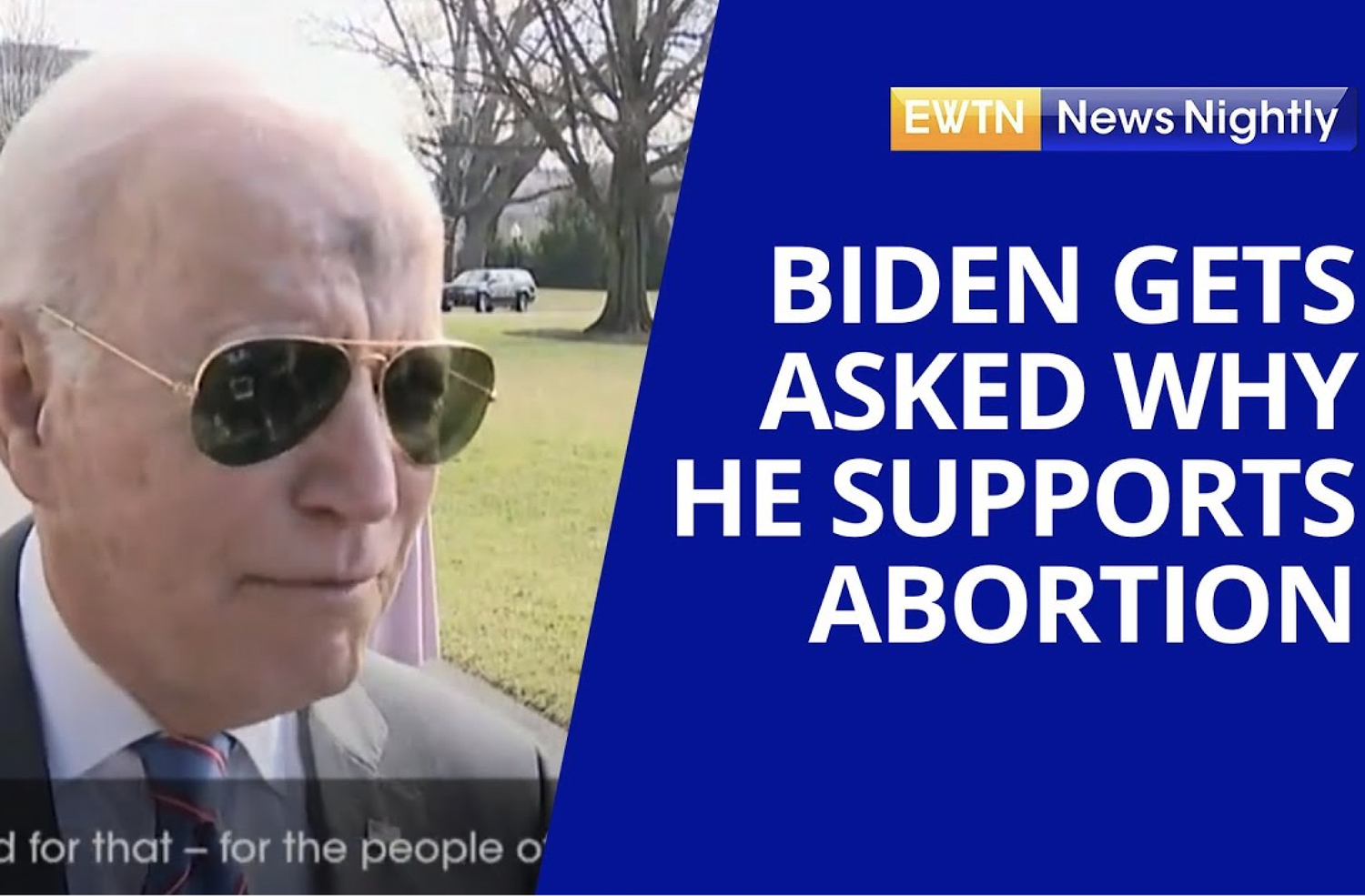 Popes rarely, in my experience, produce the kinds of five-star news soundbites that go viral.

However, Pope Francis has used striking language when addressing one of the hot-button issues of this or any other age — abortion. That was one of several topics woven into this week’s “Crossroads” podcast (CLICK HERE to tune that in), which focused on another elite-media political feature about President Joe Biden’s “devout” approach to practicing the Catholic faith.

Here is that New York Times headline: “Biden Is an Uneasy Champion on Abortion. Can He Lead the Fight in Post-Roe America?” The sub-head is just as provocative: “A practicing Catholic, President Biden has long sought a middle ground on abortion. But activists see the decision to overturn Roe v. Wade as a sign that Democrats have tiptoed too carefully around the issue.”

Back to Pope Francis. Some of his abortion bytes have even made it into news reports. Does anyone remember this one, offering “hitman” imagery he has used many times (even adding Mafia imagery):

How about this one?

“White gloves.” Yes, there are many other Francis quotes along these lines. Of course, the pope has also angered Catholic conservatives with words and deeds that seem to downplay church teachings on abortion, especially in high-profile contacts with powerful Catholic politicians.

In other words — President Biden. This brings us to the content of that Times political-desk feature. The key is that this story is PACKED with criticism of Biden, when it comes to his approach to abortion. All of the voices featured in this piece — with one exception — are shooting at Biden from the moral and cultural left.

In other words, many Democrats are worried that Biden is too Catholic, somehow, to take the radical actions that are needed to defend abortion rights, at this pivotal moment in time. Here is the overture:

WASHINGTON — The Supreme Court’s decision to end the constitutional right to an abortion in the United States after nearly 50 years has set in motion a generational struggle over Republican efforts to ban the procedure in states across the country.

But inside the West Wing, President Biden has made it clear that he is uncomfortable even using the word abortion, according to current and former advisers. In speeches and public statements, he prefers to use the word sparingly, focusing instead on broader phrases, like “reproductive health” and “the right to choose,” that might resonate more widely with the public.

Mr. Biden, a practicing Catholic who has drawn on his faith to shape his political identity, is now being called on to lead a fight he spent decades sidestepping — and many abortion rights advocates worry that he may not be the right messenger for the moment.

If readers are looking for a thesis statement, it’s probably somewhere in this next chunk of text. The key: For years Democrats like Biden simply defended Roe v. Wade, which the voices allowed into this Times report say was a cautious, centrist stance.

Previous versions of Biden even supported, in the early ‘80s, efforts to give states more power to pass legislation limiting abortion rights. He opposed government funding of abortion, as well. All of this was, he said, linked to his Catholic faith.

All of that has changed, in Biden’s rise to the vice presidency and now the Oval Office. Still, there are plenty of people who are, apparently, worried that Biden cannot take the next step to oppose the U.S. Supreme Court and leaders of what the Times team calls the “American Catholic Church” (an institution that, by the way, does not exist). Read this next part carefully:

Mr. Biden’s advisers say that his views on abortion have changed over time and that he is deeply committed to abortion rights. Laphonza Butler, the president of Emily’s List, a group that helps elect Democratic women who support abortion rights, said she was satisfied that Mr. Biden and his team were “using every tool at their disposal” to fight for the cause.

But the president’s history on abortion — informed by his religion and the Democratic Party’s years of careful political calculations — has left him struggling to live up to the expectations of those in his party who want a new strategy and a new energy.

What is the Big Idea of this story? During the podcast, I offered several theories about that.

* The first is linked to Star Trek clip at the top of this post, one of those scenes in which the all-wise Spock “mind melds” with someone else to capture information and emotions. It was one of the essential plot devices in the original series.

I think it is possible that this story — a variation on many others in the past — represents a kind of “mind meld” between Times leaders and their choir of faithful readers. There’s nothing really new in it. It appears to be a kind of “We hear you!” and “We know that you’re scared!” exercise, with the editorial shepherds offering pastoral care to their flock.

* Maybe this is another “Biden is too old” report, part of the growing body of journalism from elite newsrooms warning Democrats that they really need to see the obvious and, after the midterms, get busy selecting a young, brave, vital, somewhat radical leader for the party.

Read the Times piece and IGNORE the Catholic language. What do you see? Maybe this story isn’t, in reality, about Biden and Catholicism.

The Last of Us Episode 1 Breakdown | The Chat With Us

From Amber Rose To His Rumored New Wife – Hollywood Life

5 New Hiring Trends Job Seekers Should Be Aware Of