(RNS) — Writing in the venerable Jesuit magazine America, my fellow Religion News Service opinionator Charles C. Camosy opines that Kansas’ landslide (59%–41%) vote to uphold abortion rights “could perhaps be turned into a good thing if it serves as a wake-up call to the pro-life movement as to the kind of struggle that comes next.”

Camosy is what might be called a bleeding-heart pro-lifer: Alongside his staunch anti-abortionism he’s all-in for liberal social programs. What he wants the pro-life movement to wake up to is the need to commit itself to provide women with a full array of health and economic benefits as they carry their pregnancies to term and care for their newborns.

In the post-Kansas wake-up call department, we now have one case in point: Indiana.

Last Friday, three days after the Kansas vote, the Indiana Legislature passed, and Governor Eric Holcomb immediately signed into law, Senate Bill 1— a near-total ban on abortion that included exceptions for rape and incest in the first 10 weeks post-fertilization, as well as for fatal fetal anomalies or when the pregnant person’s life is at risk or when there’s “permanent risk” to her health.

The night before, Republican House members split 39-32 in favor of stripping the bill — as passed by the state Senate July 31 — of the rape and incest exceptions, but that amendment failed with all 29 Democrats voting against.

The Indiana House did relax SB1’s anti-abortion limits by adding the permanent health risk exception and doing away with a requirement that rape or incest victims obtain a notarized affidavit stating their reason to obtain an abortion. It’s possible that the Kansas vote played a role in these changes. 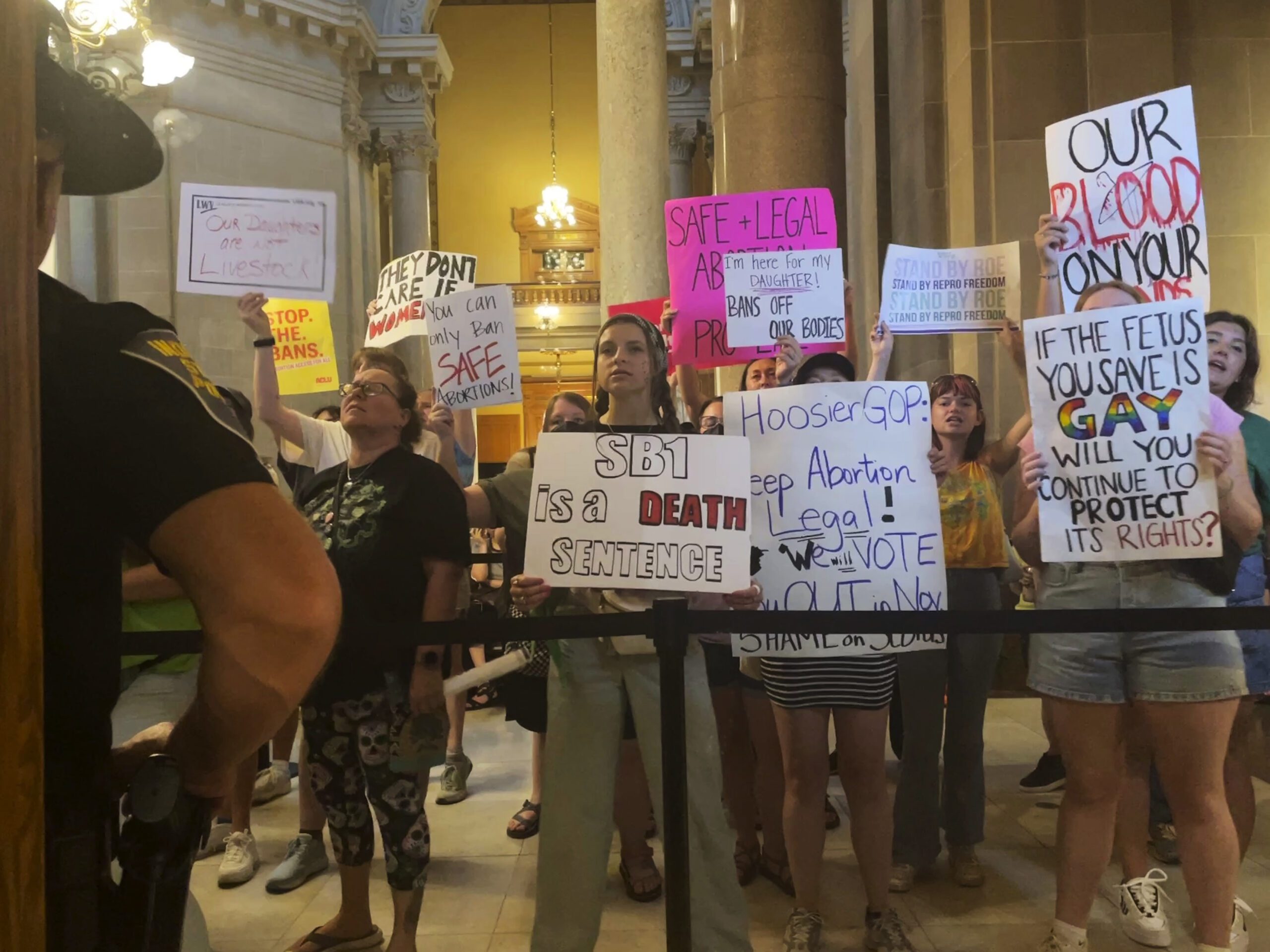 Once the bill passed, both chambers quickly passed SB2, a bill that provides all Indiana taxpayers with a $200 refund and earmarks $75 million to support social service programs for expectant mothers and children. The latter amounts to roughly $1,000 for every live birth and aborted pregnancy in the state — well short of the national average cost of $30,000 for pregnancy and newborn care.

Now, if SB2 dedicated the entire $1 billion its tax rebate and earmarks will cost the state’s treasury to expectant mothers and newborn care, it would go some distance toward meeting Camosy’s wake-up call goal. As it is, it’s little more than pro-life window dressing.

RELATED: These adoptees refuse to be Christian pro-life poster kids

In Indiana, SB1 initially drew strong opposition from the state’s pro-life organizations. Prior to the Kansas vote, Indiana Right to Life said it “did not wait 50 years for the full reversal of Roe vs. Wade for this.”

In the end, the organization supported the bill as better than nothing. But if Kansas is a wake-up call for the pro-life movement, it looks as if the movement will heed it by resuming its incrementalist march toward the perhaps unattainable goal of a complete and total abortion ban.

Growing Community Through Trees — The Nature Conservancy in Washington

A Biography of John Wilson O’Daniel

A strong market rally could be just weeks away if the U.S. midterm elections can put anxious stock investors at ease