That big climate bill might actually make a difference – TechCrunch

by Missouri Digital News
in TECH
0 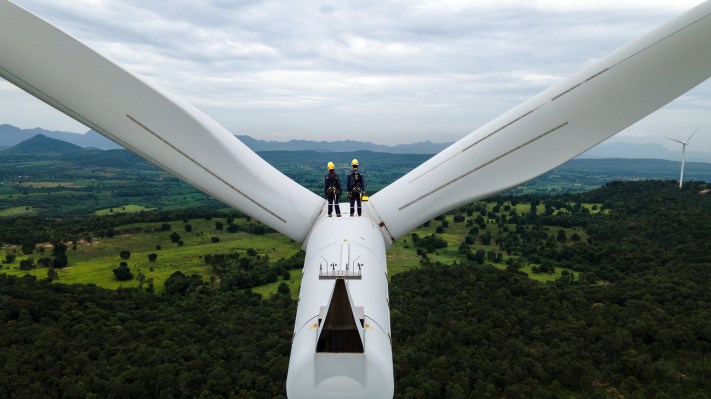 With the Senate passing the Inflation Reduction Act of 2022 last night, and House passage later this week all but assured, it’s likely that the U.S. will be taking significant — though not comprehensive — congressional action on climate change.

The bill is expected to trim U.S. carbon emissions to 40% below 2005 levels by the end of the decade. That’s short of President Joe Biden’s target of 50%, and not quite enough to help put the world on the preferred path of warming no more than 1.5 degrees Celsius. But it’s still a major step, one that could restore confidence in global climate agreements.

It’ll also give a big boost to climate tech, a sector that’s been red hot and seemingly immune to cooling sentiment.

The new version, which passed after negotiations with Senator Kyrsten Sinema, a Democrat from Arizona, has a few changes. The corporate minimum tax reportedly has been tweaked to be more lenient on manufacturers, and the changes to tax on carried interest are out, though it’s not clear whether investors were all that concerned with them anyway. It’s been replaced with a 1% excise tax on stock buybacks that goes into effect next year. Sinema also successfully lobbied for $4 billion for Western states to fight the megadrought they’re currently experiencing.

The rest of the massive bill, which we’ve covered in detail, remains largely the same. That means enticements to get people to buy EVs and heat pumps; carrots for companies to set up domestic supply chains for batteries, solar panels, and wind turbines; and $20 billion to help agriculture overhaul itself with an eye toward trimming emissions.

But will the bill be enough? Among realists, there’s largely agreement that the Inflation Reduction Act is better than nothing. It may not be perfect, but there’s still time to improve on it, right?

Microsoft just forged a strategic alliance with a major solar panel manufacturer to try to make good on its clean energy goals. The deal comes as supply chain...

Walmart is preparing to spend over $2.5 billion in India as the retailer doubles down on the opportunities it sees in India’s e-commerce and payments markets even as...

A handful of contestants for Netflix’s in-development reality show Squid Game: The Challenge needed medical attention on Monday after enduring freezing temperatures on set. The series is currently...

In another flip-flop move, Twitter says that it will now remember the feed — the algorithmic “For You” or chronological “Following” — its users have chosen on the...

In a surprising and deeply ironic twist, the workers at Activision Blizzard-owned Proletariat have canceled their union election. A statement from the Communication Workers of America confirmed the...

The 10-Second Formula to Solve the “Sell vs. Rent” Situation

COVID-19 may be to blame for the surge in RSV illness among children. Here’s why.

Will Borrowing Money from Family Ruin Your Real Estate Deal?

What the Experts Warn Against Before You Lend

Emily in Paris Season 3 Has a Mad Men Easter Egg