Fresh fish isn’t really that fresh — even straight off the boat. The way they’re caught and killed is not only inhumane but detrimental to the resulting meat. There’s a far superior alternative, but it’s time-consuming and manual — but Shinkei Systems has figured out a way to automate it, even on the deck of a moving boat and has landed $1.3 million to bring its machine to market.

It’s unpleasant to think about, but fish harvesting doesn’t really give a lot of thought to the comfort of the fish. How could it at the scales fishing boats work at? What generally happens is the fish are dumped out of the net, roughly sorted and then thrown on ice to flap around and eventually suffocate minutes or hours later. Not great!

This isn’t just cruel, but it results in the fish’s body degrading faster due to the stress, bacteria in wounds and blood, and lactic acid in the muscles.

Of course, anyone who catches fish one by one knows you either have to keep them alive in water or kill them right away in order to get the best taste. Usually this involves stunning it with a blow to the head and then decapitating and gutting it. Still not pretty, but it’s better than the alternative.

Yet there is an even better way, a traditional Japanese method called ike-jime. Doing it this way is not only the most humane but also preserves the meat so well that it can go days or weeks longer than suffocated fish and tastes way better as well. The problem is it’s kind of an art.

Ike-jime involves piercing the brain with a sharp spike to send the fish to fish heaven, then quickly exsanguinating it, and after that destroying the spinal cord. Gruesome, yes, but all of these things prevent stress, suffering and the spreading of bacteria and destructive substances through the body. But it has to be done precisely and within a couple minutes of the fish being caught, so it doesn’t really scale.

That is, unless you automate it, which is what Shinkei Systems has done. The team, led by co-founder Saif Khawaja, has created a mechanical means of accomplishing ike-jime on fresh-caught fish, at a rate of one every 10-15 seconds. 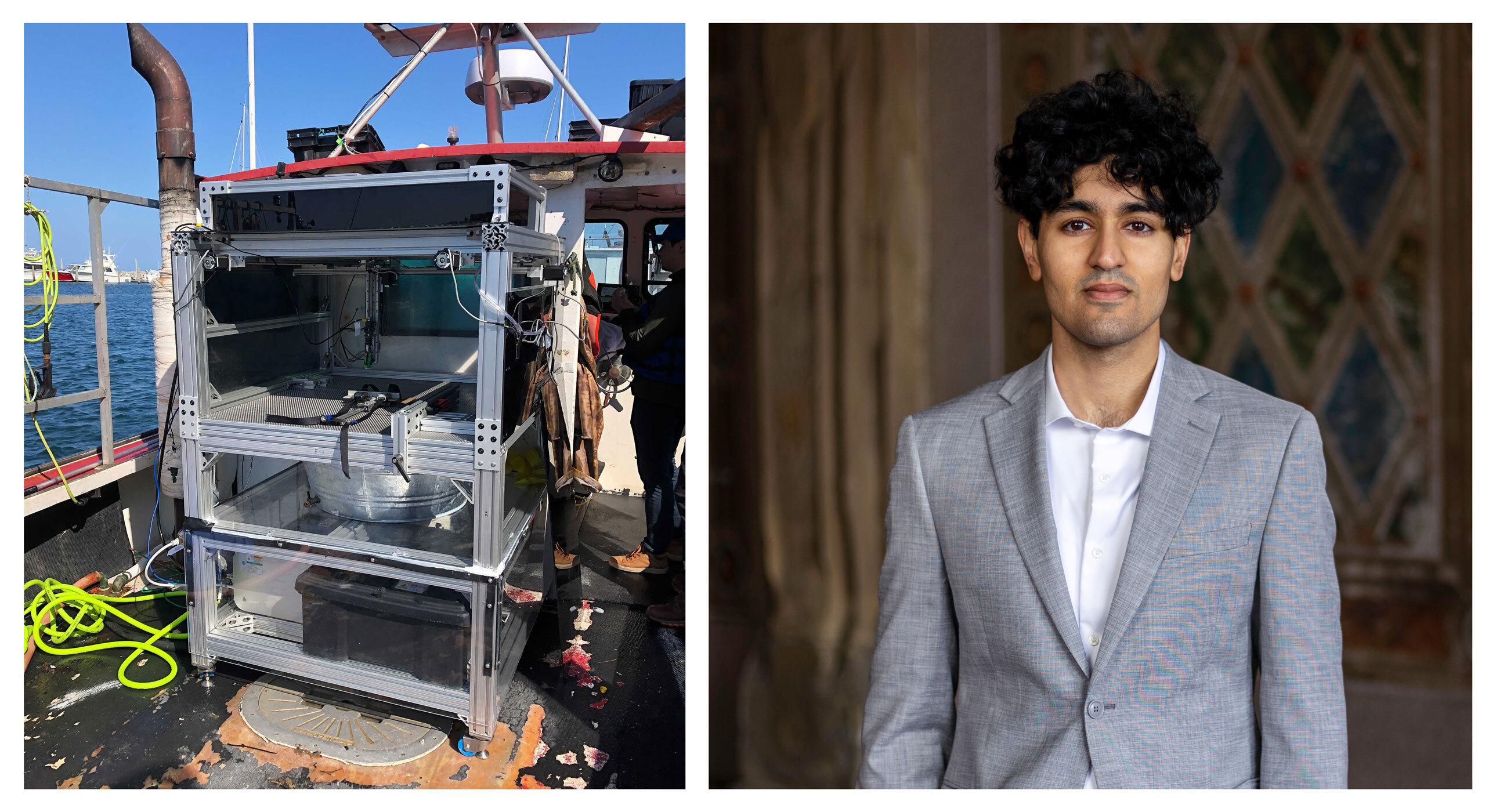 The machine, about the size of a big refrigerator, includes a hopper for incoming fish, an operational area and an output where it can go into an ice bath. A computer vision system identifies the species and shape of the fish it is holding, locates the brain and other important parts, and goes through the ike-jime motions, dispatching the fish quickly and reliably.

“The robotics perform at surgical-level accuracy — our vision for this is it’s completely hands-free, no operator,” Khawaja said, noting that it is also robust against boats’ natural pitching and rolling. “But it’s not simply edge detection; we use machine learning in our backbone. Even in the same species, even with the same contour, the brain can be in a different location. The benefit of our tech is we adapt to all fish.”

This hasn’t all been done in some secluded Silicon Valley garage, either. “We’ve deployed our first versions in pilots already; When I first started this project, I was taking midnight Greyhounds to get to the docks at 3 a.m. when they’re going out, because that’s they only way to talk to them. We’re working with fishermen in Maine, New Hampshire and on Cape Cod, and we’ve partnered with distributors for big restaurants in Manhattan.”

It isn’t just for the fish’s sake that Shinkei and its partners are going through all this. Kitchens pay a premium for fish processed via ike-jime, since it tastes better and lasts longer. The question for Shinkei was whether their machine-processed fish were comparable to the ones done by hand.

The fish processed via ike-jime, left, has less blood diffused in the flesh and is reportedly much better tasting as well as longer lasting. Image Credits: Shinkei Systems

“Probably the most exciting thing that’s happened, also the simplest, is we handed our fish to a sous chef from a Michelin-starred restaurant, one of the best in the world,” Khawaja said. “We gave him three boxes of fish: one asphyxiated, one hand processed, the third was us. The suffocated one was obvious, but he couldn’t tell the difference between the other two.”

Sushi chefs are more likely to be aware of the technique, but ike-jime is starting to get traction outside its current niche and Shinkei aims to accelerate that. By making it as simple as loading up a machine, they can enable more fishing boats and distributors to take part, earning more money and doing right by the fish as well.

Shinkei raised $1.3 million in a pre-seed round filed in January and is seeking further investment now, having done initial testing and revision of the design. “What we’re doing with this raise is improving R&D and improving the throughput of the device,” which operates slower than expert humans but has plenty of room for improvement. “We should be ready to go to production in the next few months. Now that we’re in the sales process, we’re meeting more large-scale distributors and public companies as well. We just want to put the machine in people’s hands.”

Maybe nothing ever truly dies in Apple land. The Mac Pro went on an indefinite hiatus as the hardware design team regrouped and reengineered. MagSafe appeared to be...

Common wisdom in digital photography says that megapixels aren’t everything. They matter to an extent, but smartphone makers have a long history of leaning too heavily on those...

Rivian is laying off another six percent of its workforce

Electric vehicle maker is laying off another six percent of its workforce. The company reduced its headcount by the same proportion of workers . The automaker has around...

Everyone’s talking about unplugging these days — climbing a mountain, trekking through the forest, finding your way to a truly secluded beach. Central to that concept is turning...