Is she important to Catholics, alone? — GetReligion 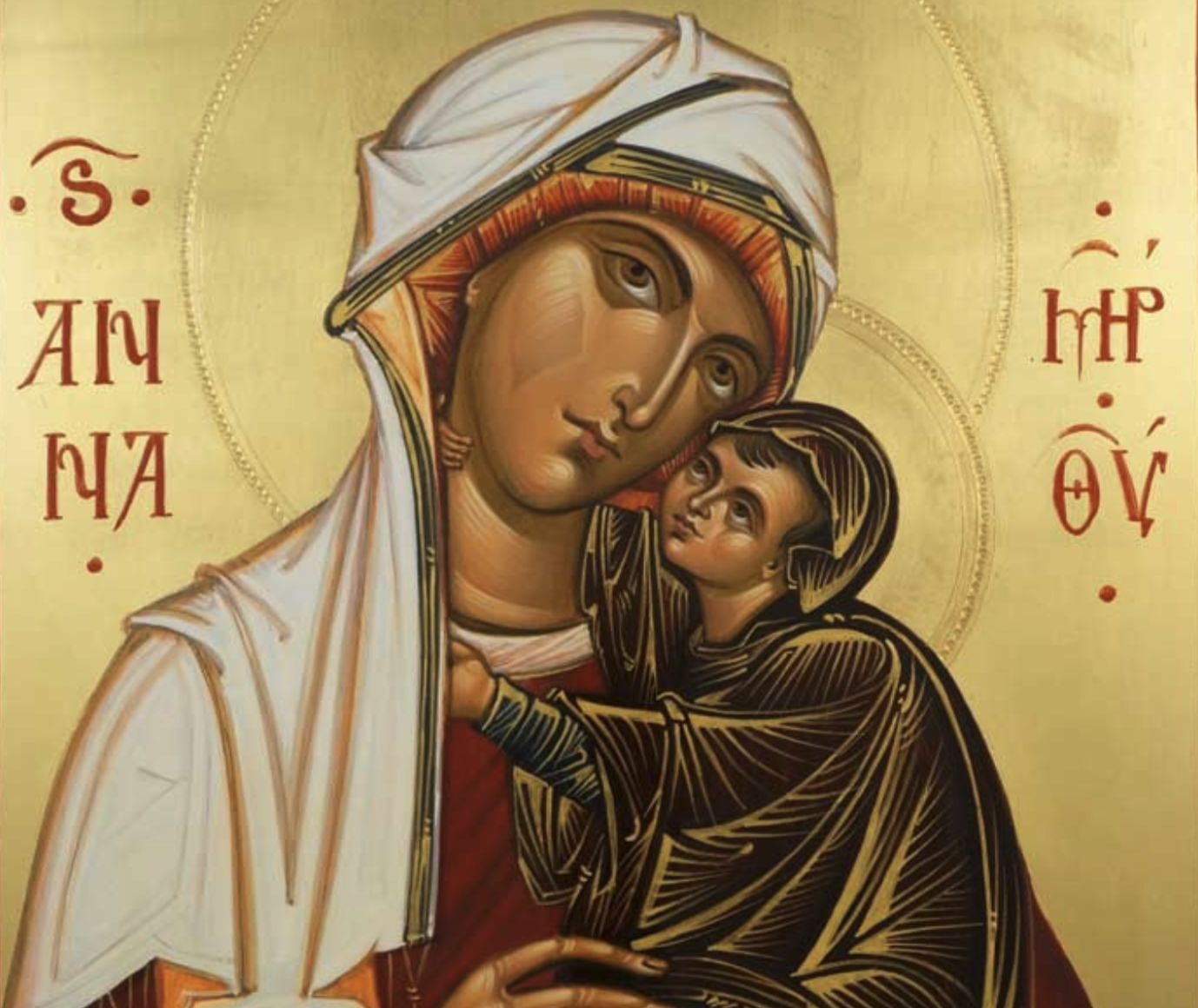 Long ago, I had a strategic and symbolic on-deadline argument with Rocky Mountain News (#RIP) editor.

Holy Week loomed on the horizon, on the Western calendar, and I was asked to fill out a form requesting quick Ash Wednesday feature art. I suggested — thinking beauty and diversity — a visit to an Episcopal parish in the heart of Denver’s most prominent Black neighborhood, a congregation known for the beauty of its high-church, Anglo-Catholic rites.

The editor said the photo needed to be in a Catholic church, since Holy Week is a Catholic story. I said that was a logical way to think about it, since the Catholic church is so prominent. However, I noted that Holy Week is an ancient Christian tradition observed in many Christian churches and denominations. It would be good to remind readers of that fact. I won that debate and the result was a stunning photograph.

I thought of that debate when reading a timely Religion News Service piece that ran with this headline: “Who is St. Anne and why is she so important to Indigenous peoples?” Let me stress that this is a good story and a valid angle during the Pope Francis pilgrimage to Canada. I urge readers to check it out. Here is the top of that report:

When Pope Francis met with a delegation of First Nations, Métis and Inuit people in April at the Vatican, he told them he wanted to visit them in Canada this year. And not just at any time of the year, but during the Feast of St. Anne (July 26).

“I think with joy, for example, of the great veneration that many of you have for Saint Anne, the grandmother of Jesus,” Pope Francis told the Indigenous delegation to the Vatican. “This year I would like to be with you on those days.”

As the pope visits Canada through Friday (July 29), he will indeed celebrate the Feast of St. Anne in the country. He also will visit several sites dedicated to the saint, whom Catholics believe to be the mother of Mary and the grandmother of Jesus.

That last sentence includes a classic example of a statement — “whom Catholics believe to be the mother of Mary and the grandmother of Jesus” — that is certainly accurate, but it would still cause some readers to think, “Wait a minute. Aren’t there millions of other Christians who honor St. Anne for the same reasons?”

Yes, I freely admit that this is personal to me — since I am a member of St. Anne Orthodox Church here in the Tennessee hills, in a largely convert parish that also includes quite a few Slavic members.

So, yes, St. Anne plays a prominent role in the ancient churches of the East, since she is part of the story of the Theotokos (the “God bearer”) and, thus, Jesus Christ. The Church of Rome is the world’s largest Christian communion, but Eastern Orthodoxy is second largest.

Meanwhile, the Book of Common Prayer in the Anglican tradition — the third largest communion, at this point in time — also includes St. Anne in its list of saints and, thus, feast days.

What’s my point? It would only take a few words to note, let’s say, that “Catholics and millions of other Christians in ancient churches” believe that St. Anne is the “Mary and the grandmother of Jesus.” Why not add a few words, maybe even a sentence, to make this reference as accurate as possible?

Let’s go back to the RNS report for more information on why St. Anne plays a major role in this papal visit:

… Catholics venerate St. Anne for her prominent role in the Holy Family, and she is a popular figure in Canada, where she is patron saint of Quebec.

“For all of us, I think we can all agree that our grandmothers are important figures in our lives, if for no other reason than they spoiled us rotten,” said the Rev. Scott Katzenberger, rector of the National Shrine of Ste. Anne de Beaupré in Quebec.

In particular, St. Anne is honored by many Indigenous Catholics, at least in part because many Indigenous cultures emphasize respect for elders — especially grandmothers who, like St. Anne, are seen as healers.

This story is quite long and, thus, has room for additional information about the important link between Indigenous Catholics in Canada and this particular saint. A key voice is Jeanine LeBlanc, who teaches Indigenous studies at the University of Alberta:

The Mi’kmaq have had a complicated relationship with the Catholic Church since Catholicism arrived on their land in the 17th century, said LeBlanc, who is Mi’kmaq.

For the Mik’maq, veneration of St. Anne is about their relationship with her, not the institution of the Catholic Church. Many connect with the saint through traditional Mi’kmaq ethics and values and express those values in their interactions with her, including pilgrimages to sites dedicated to St. Anne. They relate to her not as an “imposing religious kind of figure,” LeBlanc said, but as a “more than human relative,” like ancestors, land or water. …

Later in the week, Pope Francis also will celebrate Mass at the National Shrine of Ste. Anne de Beaupré.

The shrine is one of the oldest and most popular pilgrimage sites in North America, housing several relics belonging to St. Anne and two columns filled with crutches and other items left by believers who credit the saint with their healing, according to the papal visit website. It welcomes more than a million people each year, including many Indigenous people.

Like I said, this is a detailed and valid story about a poignant symbol in this pilgrimage. I am sure that many grandparents — especially in Catholic, Orthodox and Anglican flocks — will appreciate this news hook.

At least, that’s what this Orthodox grandfather thinks.

FIRST IMAGE: Orthodox icon of St. Anne and the St. Mary for sale at BlessedMart Byzantine Art and Gifts.

Markets Roiled by Inflation Leave Investors With Nowhere to Hide

What is ‘career portfolioing’? Business school professor lays out research

How to Detect a Man-Made Biothreat