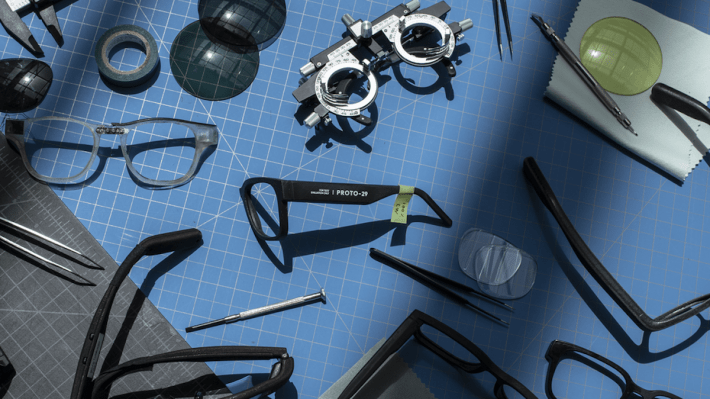 From Project Ara to Wave, Google has a rich history of bailing on neat ideas when the going gets tough. Yet unlike those forgone experiments, augmented-reality glasses apparently aren’t doomed to rest in Google’s metaphorical graveyard.

Instead, the advertising company is tip-toeing its spiritual successor to Glass back into the wild. After teasing the smart glasses in May, Google says it is moving forward with “small-scale,” “limited” public tests, carried out by its employees and “select trusted testers.”

With cameras, microphones and in-lens displays, the glasses will do things like translate text and help users navigate, but “they’ll have strict limitations,” AR product manager Juston Payne said in a statement. Crucially, the “prototypes don’t support photography and videography, though image data will be used to enable experiences like translating the menu in front of you or showing you directions to a nearby coffee shop,” Payne added.

Google also said it won’t conduct tests in places like government offices, hospitals or schools. In other words, if you happen to see its new AR prototypes when you’re out and about, Google wants you to know it is (ostensibly) baking privacy into the product.

That’s a shift from Glass circa 2012, which debuted in an over-the-top skydiving stunt and was capable of subtly recording users’ surroundings. This time around, it seems like Google would rather avoid a mini-culture war over face cameras in the San Francisco Bay Area.

“As we continue to explore and learn what’s possible with AR, we look forward to sharing more,” Payne wrote, offering no specifics on the hardware, pricing or possibility of a wide release.

AR glasses have not caught on like evangelists anticipated, but plenty of companies are trying to make them happen anyways. Niantic and Snapchat both talked up unreleased pairs of smart glasses last year, and Apple may even have an AR headset in the works. Facebook-owner Meta, however, is reportedly walking back plans to widely release AR specs, in an apparent cost-cutting measure.

Maybe nothing ever truly dies in Apple land. The Mac Pro went on an indefinite hiatus as the hardware design team regrouped and reengineered. MagSafe appeared to be...

Common wisdom in digital photography says that megapixels aren’t everything. They matter to an extent, but smartphone makers have a long history of leaning too heavily on those...

Rivian is laying off another six percent of its workforce

Electric vehicle maker is laying off another six percent of its workforce. The company reduced its headcount by the same proportion of workers . The automaker has around...

Everyone’s talking about unplugging these days — climbing a mountain, trekking through the forest, finding your way to a truly secluded beach. Central to that concept is turning...

Nothing Phone (1) drop test: the front is tougher than the back

When Will Homebuyers Quit Canceling Contracts? Not Yet, Apparently

Ocugen to Host Conference Call on Tuesday, November 8 at

15 States With the Greatest Labor Productivity

Oh Snap! 3 Quick Fixes for When Your Underwire Breaks

This City Saw The Highest Net Migration in the U.S. This Year. Hint: It’s Not Austin

With Warnock’s win, Democrats eye faith as a pathway to victory in the South