5 things you need to know from the ELCA Churchwide Assembly


COLUMBUS, Ohio (RNS) — Watching backstage as more than 800 Lutherans sang hymns on the floor of the Greater Columbus Convention Center, Presiding Bishop Elizabeth Eaton mused, “We haven’t been singing like this for a long time together.

The Evangelical Lutheran Church in America gathered this week in Columbus for its first Churchwide Assembly since COVID-19 upended churches across the country in 2020.

The triennial gathering brings together members from all corners of the ELCA to hold elections, make declarations and consider legislation guiding the country’s largest Lutheran denomination. Their work continued unabated in Eaton’s absence Friday (Aug. 12) after the presiding bishop tested positive for COVID despite masking and vaccine requirements.

Here are some of the actions the ELCA Churchwide Assembly took.

RELATED: ELCA apologizes to Latino congregation whose pastor was removed on sacred day

Four representatives from Iglesia Luterana Santa María Peregrina in Stockton, California, traveled to Columbus to receive a public apology from Eaton during the Churchwide Assembly.

The former bishop of the Sierra Pacific Synod was forced to resign after their abrupt removal of the Latino congregation’s pastor on the Feast of Our Lady of Guadalupe sparked outcry across the denomination. Eaton’s response afterward — appointing a listening team months later, then failing to immediately act on their recommendations — also drew criticism.

Eaton said the congregation’s response was “very gracious,” even if it was hard to hear.

“I think it was a healthy thing to do, and I’m touched by the courage of those four to stand up in front of all these people and say, ‘This is how this affected us,’” she said.

Eaton said she plans to visit Iglesia Luterana Santa María Peregrina later this month and will work with the congregation, the synod and churchwide leadership to respond to requests the congregation has made. 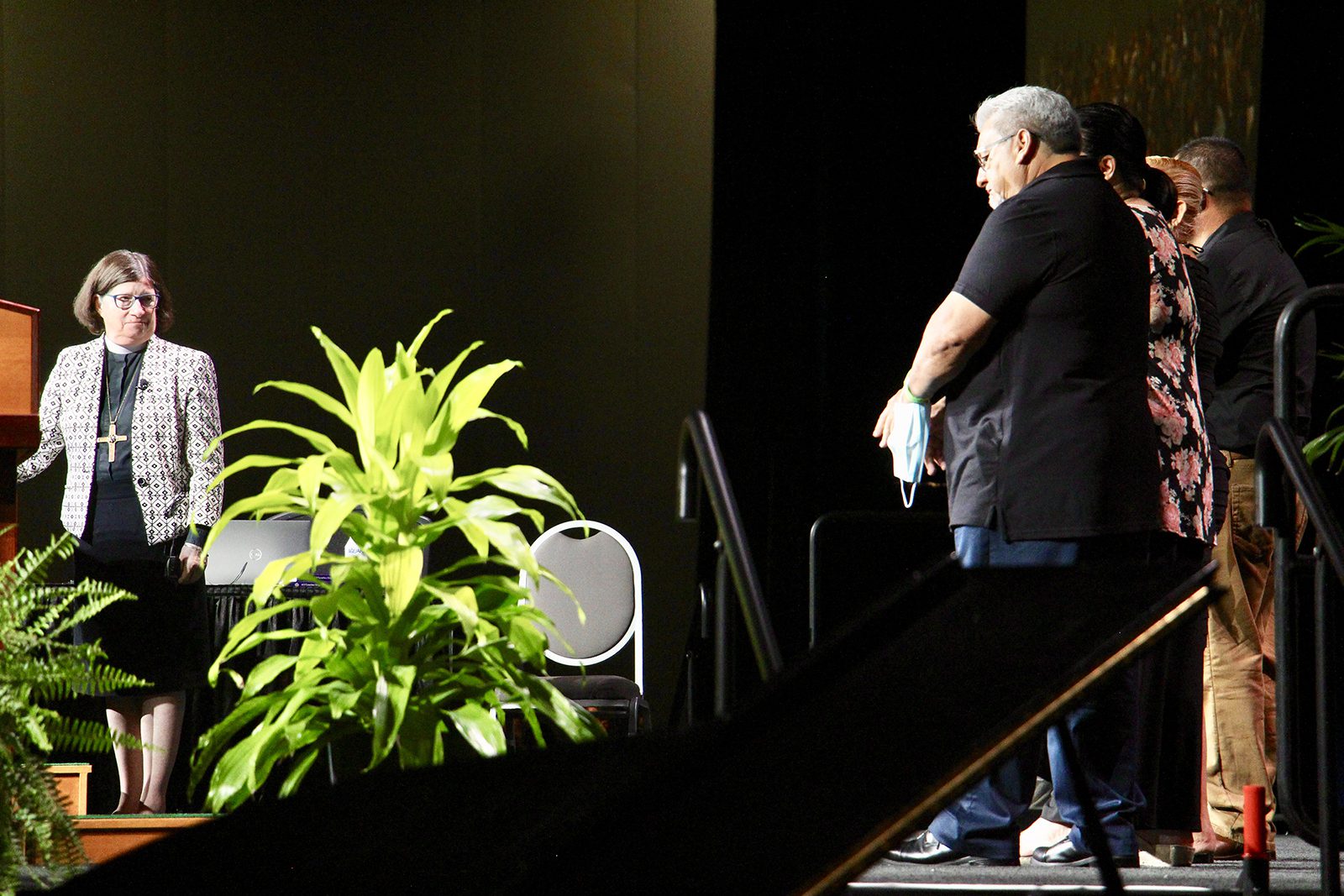 The ELCA elected Imran Siddiqui as vice president of the denomination, making him the first Asian American elected to the highest office a layperson can hold.

“This is surreal,” Siddiqui said after the final tally was announced.

The incoming vice president is a senior investigator for the U.S. Department of Labor and current vice president of the Southeastern Synod of the ELCA, which spans Georgia, Tennessee, Alabama and Mississippi. He grew up Muslim and became Lutheran in 2011.

Siddiqui said it was “fantastic” that the top three candidates for vice president were all people of color. They included Roberto Lara Aranda, president of Asociación Luterana de Ministerios Latinos ELCA, and Tracey Beasley, a member of Reformation Lutheran Church in Philadelphia. (Travel guru Rick Steves, a member of Trinity Lutheran Church in Lynnwood, Washington, also received one vote on an earlier ballot.)

But, Siddiqui said, “That doesn’t mean we have solved racism yet. We have a lot of work to do, church.”

Siddiqui will take office in November, according to Living Lutheran Magazine. He follows Carlos Peña, who stepped into the role after the unexpected passing of Bill Horne in 2021.

In the end, they approved a memorial encouraging ELCA members and entities to support “creative programs of restorative justice in partnership with Indigenous peoples.” That can include returning land to the appropriate Native American nations when selling or transferring property.

The memorial also encourages ELCA members and entities to explore making land acknowledgements a part of their public gatherings, to educate themselves about the Indigenous peoples whose land they inhabit and to deepen relationships with Indigenous peoples and tribal nations.

The memorial comes as the denomination announced its Declaration of the Evangelical Lutheran Church in America to American Indian and Alaska Native People for the first time in person at Churchwide Assembly. The assembly also hosted a worship service designed and led by Indigenous Lutherans and an address by National Congress of American Indians President Fawn Sharp. 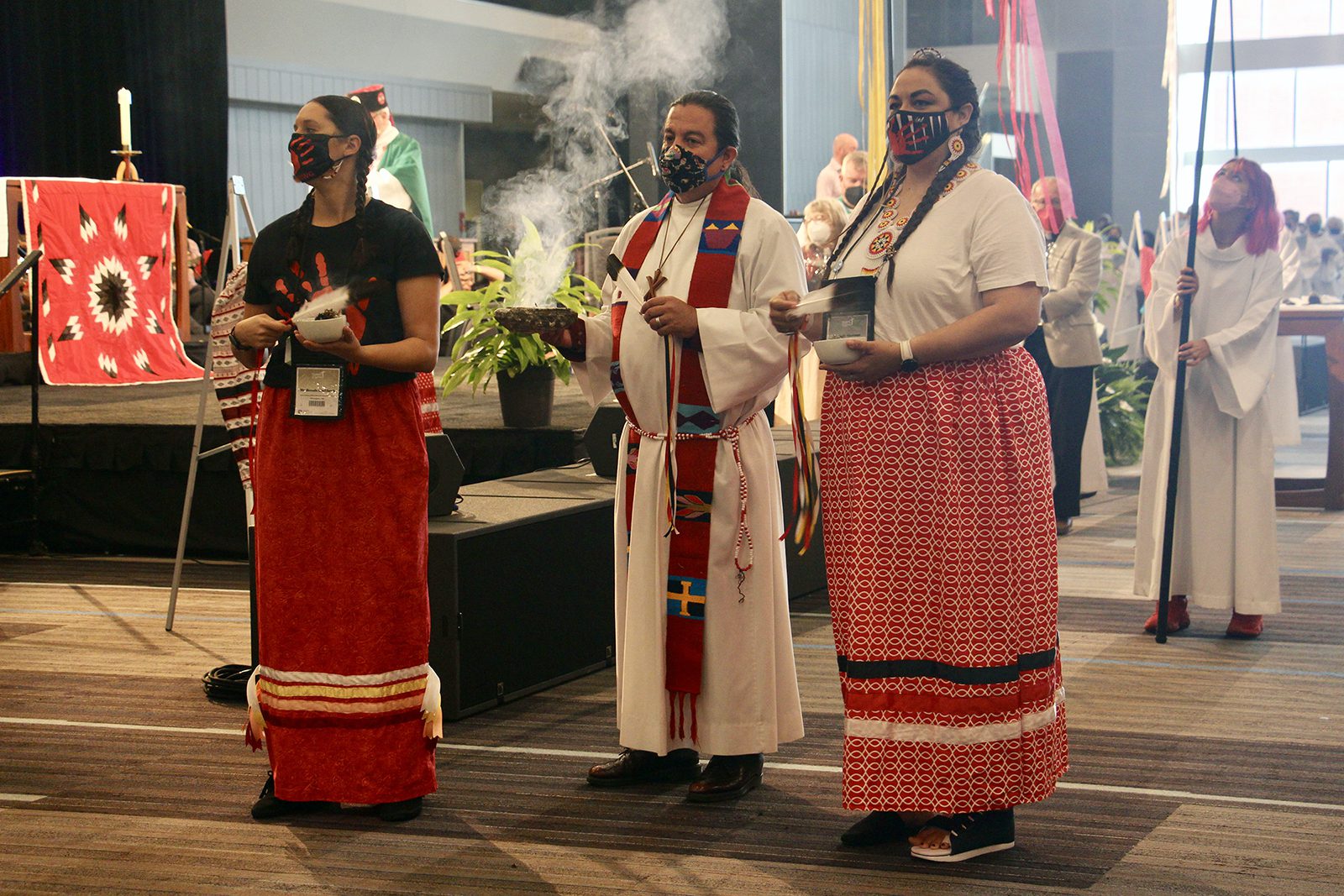 That’s when the ELCA adopted its social statement “Human Sexuality: Gift and Trust,” which allowed Lutherans to hold differing views about same-sex relationships and opened the door for LGBTQ clergy.

Social statements are the denomination’s teaching and policy documents.

A memorial authorized a narrow review of the social statement about sexuality to make sure its wording “reflects current church understanding, church policy, civil law, and public acceptance of same-gender and gender non-conforming couples.”

A later motion asked that the denomination in particular consider the four positions of “bound conscience” expressed in the social statement. The statement allows that “on the basis of conscience-bound belief,” Lutherans may have different views about sexuality and marriage, including the view that same-sex relationships are “sinful.”

Revisions could be considered as early as the 2025 Churchwide Assembly.

Restructure the governance of the ELCA

Is it time for another Reformation?

Eaton said she thought the idea was “brilliant” when she first heard of plans to consider restructuring the governance of the ELCA, which was formed 35 years ago by a merger of three Lutheran denominations.

“Things are very different from 1980s America,” she said.

Voting members seemed to think so, too. They approved a memorial directing the ELCA Church Council to establish a Commission for a Renewed Lutheran Church to reconsider the principles of the denomination’s organizational structure and the statements of purpose for its churches, synods and the churchwide organization. The memorial instructs the commission to be “particularly attentive to our shared commitment to dismantle racism.”

The commission will present its findings and recommendations to the 2025 Churchwide Assembly in preparation for a reconstituting convention. 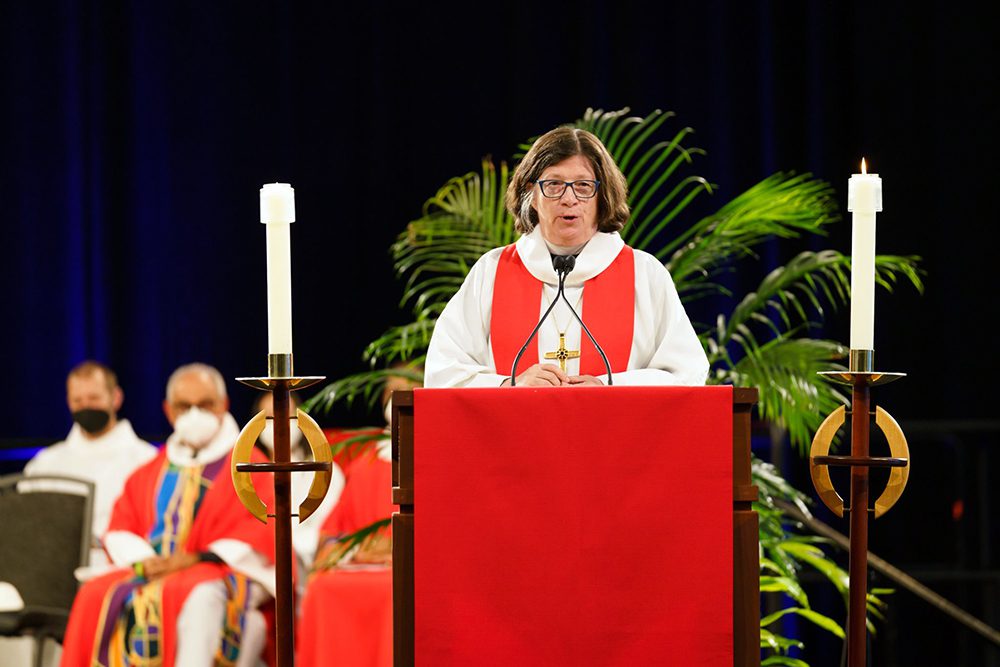 (RNS) — Speaking to a refashioned National Prayer Breakfast gathered at the Capitol with a new board and in a new location, President Joe Biden encouraged leaders of...

In early January, The Conversation, an academically oriented website affiliated with Religion News Service, ran an explainer with this headline: “What is Pentecostal Christianity?” That’s a big, complicated...

A prayer is offered near the end of the funeral service for Tyre Nichols at Mississippi Boulevard Christian Church on  Feb. 1, 2023, in Memphis, Tennessee. Video screen...

This last graph takes an even wider view of Culture War issues — and the results are more of the same. The general public has become less likely...

How does bitcoin fare in a 4% money market landscape? (Cryptocurrency:BTC-USD)

BiggerNews November: Was The “Office Apocalypse” All Hype?